On 23rd March 2020, when Prime Minister Shri Narendra Modi announced the lockdown, a plethora of emotions ran high because of the looming uncertainty. In the last 6 months of the lockdown, the cases spiraled from a total of 800 cases to 80,000* per day. In a diverse country like India, the concerns and problems vary from geography to geography, constituency to constituency and as rightly suggested by many thinkers, “one bill/approach doesn’t fit all.”

Every state has different challenges, the techniques used differ from place to place some were amplified with reverse migration, flash floods, and many local problems. Governed by the Chief Minister, each state has cabinet ministries for public welfare. Alongside the elected representative from each constituency is responsible for the well-being of the people and the constituency at large.

To find out the work done by MLAs during the lockdown, we did nationwide research and came across some unique examples during COVID 19 period. We came across some MLAs that stepped up their game and were on the ground working through this troubled time.

From visiting hospitals and COVID centres, distributing food essentials to the needy, providing multivitamins for immunity boosting, to providing medical assistance in remote villages, while serving some even contracted the virus.

A Few MLAs have been shortlisted and their contribution related to COVID 19 towards their constituencies has been minutely inspected and mentioned below. 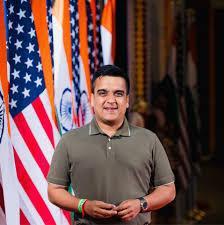 Harsh Sanghavi is known as people’s favourite in his constituency and was part of the top 40 at 40 Inspiring Youth Politicians in Fame India survey 2019 by Asian Post. He is one of the youngest Members of the Legislative Assembly. During the pandemic along with multiple business groups, he set up COVID care centres with all facilities. The community hall could accommodate 180 plus corona positive patients at any given time.

He has also been actively engaging on social media quickly reaching out to anyone raising a concern to him. This active engagement was not limited to only the citizens of this area but also the migrant population. For instance, when a journalist brought to his notice that a man was stranded in Surat, even after trying he could not get necessary permissions to go back to his hometown. He was quick to respond and addressed his grievances and within a few hours helped the person to return to his native place. More than 3 lakh migrant workers were supported by his office during the entire lockdown period.

Another occasion of his brisk action was seen when people started fleeing hospitals due to poor service, he took the matters into his own hands and got the chief medical officer to rectify it quickly. Along with that he has been keeping open-ended sessions on social media and updating the people about the situation and raising awareness about the pandemic and addressing the myths related to it. His participation with the locals and discussing other important issues regularly has been noteworthy too. His work exemplifies youth leadership in politics. 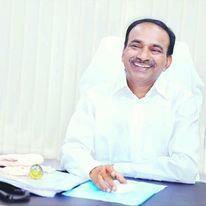 Eatala Rajender is currently the Minister for Health, Medical & Family Welfare, who had previously held the Ministry of Finance for the Telangana government. A BSc graduate from Osmania University, Eatala is a seasoned politician from Telangana. His contribution to the state as well as his constituency has been remarkable especially his response towards the pandemic.

A quick search on the internet will show his quotidian social media activity from the start of the pandemic. Along with that he has been consistently raising awareness and updating the public through conferences and interviews. Every concern, however big or small has been addressed by him. For instance, when he came across private hospitals minting money during this pandemic he was vocal about taking action against them and if they didn’t mend their ways he would take 50% of the beds from respective hospitals under the government. He also helped a home quarantined patient whose condition worsened and needed oxygen support so he immediately arranged for the patient and shifted him to Gandhi Hospital.

His initiative to decentralise responsibilities to local collectors for better reach has given momentum to the state’s COVID response.

Mobile testing, sanction for new COVID centres, promotion for use of Ayurveda for immunity testing, the launch of plasma donation drive with Hyderabad police personnel and raising

awareness and busting myths about the crisis at hand, Eatala’s response has been hands-on.

In addition to the COVID crisis, he has discussed action plans for seasonal diseases with senior health officers and has started work for that as well. 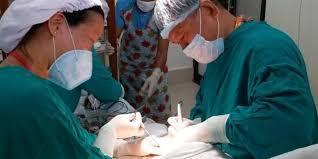 Former President of France Charles de Gaulle had once said that “politics are too serious a matter to be left to politicians” and this quote was truly personified by Z.R. Thiamsanga. He is a qualified doctor by profession with 30 years experience in the field of Obstetrics and Gynaecology, he left his regular medical practice after being elected to the Mizoram assembly in 2018 elections. He has been bestowed with handling the COVID situation in his state as the chairperson of the state government’s Covid-19 medical operational team. He is also known to attend to medical emergencies now and then.

Mizoram being a border state, the responsibility of the public representatives is not only limited to the people of their constituency but also the wellbeing of the national security personnel guarding the nation in their state. This was exemplified, when he treated ailing security personnel of the Indian Reserve Battalion by crossing a stream and walking several kilometres to the remote Tiau river on the India-Myanmar border. The patient was having an acute stomach ache.

In addition to this, Mizoram is a slightly difficult state to work in due to its onerous geographical landscape and to make matters worse just recently the state was also struck with a natural calamity during COVID. Despite all this, he rushed to the remote Sangau village in Lawngtlai district to treat and performed c-section delivery on a pregnant woman bleeding profusely and going through severe labour pains while the area doctor was on leave due to health issues. All this while he was visiting his constituency in the Champai district to assess the damages of the earthquake-hit areas.

His medical prowess mirrors with his grounded and down to earth behaviour. One such case was when he abandoned the prominent Lal Batti culture in indian political scenario by opting for bike-pool with Lalrinawma, the deputy speaker of Mizoram legislative assembly on the first day of the new state assembly in 2018. 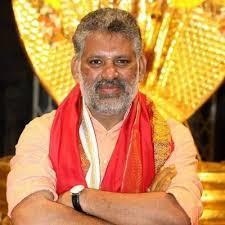 A once in a century pandemic cannot be tackled through the efforts of only the central or state governments. Comprehensive grassroots efforts and last-mile connectivity to reach the untapped are also one of the key metrics to achieve success while tackling a problem as large as this. These efforts were amplified by Chevireddy Bhaskar Reddy who while working for his constituency was widely appreciated for his efforts in the lockdown.

He had provided free distribution of 10 kgs of rice and 25 other items of provisions to 11,600 beneficiaries including front line workers like police, medical and health staff.

In addition to that, he had helped arrange multivitamin syrup bottles and around 1.60 lakh people were provided Vitamin C tablets free of cost as part of the fight against the coronavirus disease.

By the first week of June, there were around 3.40 lakh sanitisers, 4 lakh masks, 25 lakh kg fruits, 16 lakh eggs, 16 lakh kg vegetables and 3.20 lakh tomatoes and 25 lakh C vitamin tablets distributed in his constituency.

In conjecture to this, recently he was geared up in a PPE suit and visited Sri Venkateswara Institute of Medical Sciences (SVIMS) COVID hospital. Lending his ears to the patients that were pouring out their worries triggered by the fear of the dreaded virus and instilling the much-needed confidence among the positives for their speedy recovery.

His on ground braveheart efforts to reach to the people most certainly gave a sense of confidence and reassurance in this period of uncertainty and darkness. 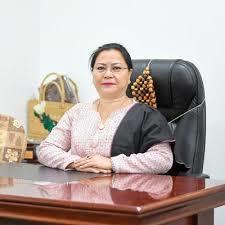 Across the globe, female leaders have been braving up the challenge and becoming a beacon of inspiration for their COVID efforts, Nemcha Kipgen, the only female minister from Manipur is no different. Her strategic planning and structural response during the pandemic are second to none.

As we all know safety of front line workers and protection of them is of utmost importance as they are the first line of defence and she made conscious efforts in safeguarding and helping these people. Be it by providing PPE equipment or by fast-tracking the renovation work of a District Hospital in Kangpokpi that was delayed due to the lockdown which helped service the COVID positive patient.

Coordination is paramount between departments in these times and as a district in-charge of two districts, she has conducted regular meetings with the administration and on-ground workers to bridge the gap or avoid a slowdown in process or hamper the turnaround time for critical service delivery.

Only recently, she contracted the virus but that’s not stopping her from serving the society through the quarantine. We hope she is back on the ground in no time.

As it is rightly said by Max DePree, an author and American businessman, “The first responsibility of a leader is to define reality. The last is to say thank you. In between, the leader is a servant.” This has been exemplified by the above public representatives. However, the list is not exhaustive, and many more MLAs have been actively involved in this pandemic time, be it in engaging door to door testing or providing ground level intervention or awareness campaigns or distribution of resources. Many legislators have even contracted coronavirus but that has not deterred their spirit to work for their constituency.

This site uses Akismet to reduce spam. Learn how your comment data is processed.

The Post India is a crowdsourced media company focused on Millennials. With a global reach of over 1 million, we empower and inspire our audience through diverse voices. For us, every voice matters.

The concept was born from the pain of not being able to reach a significant audience as a small but good quality blog. That’s why we created a publishing platform that is free for our writers and readers. The Post India, is fuelled by a community of excellent writers.

Begin typing your search above and press return to search. Press Esc to cancel.